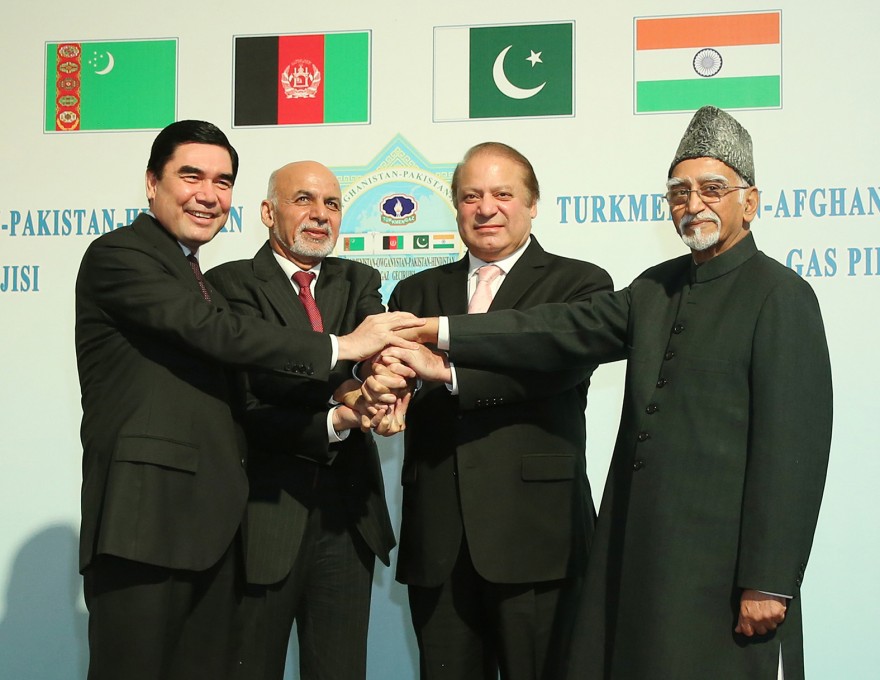 On December 13, 2015 the ground-breaking ceremony of the Turkmenistan-Afghanistan-Pakistan-India (TAPI) gas pipeline and infrastructure facilities at the third development stage of the Galkynysh gas field that will be the resource base for the new energy route in the early stage took place in Mary Velayat. President of Turkmenistan Gurbanguly Berdimuhamedov, President of the Islamic Republic of Afghanistan Mohammad Ashraf Ghani, Prime Minister of the Islamic Republic of Pakistan Muhammad Nawaz S... 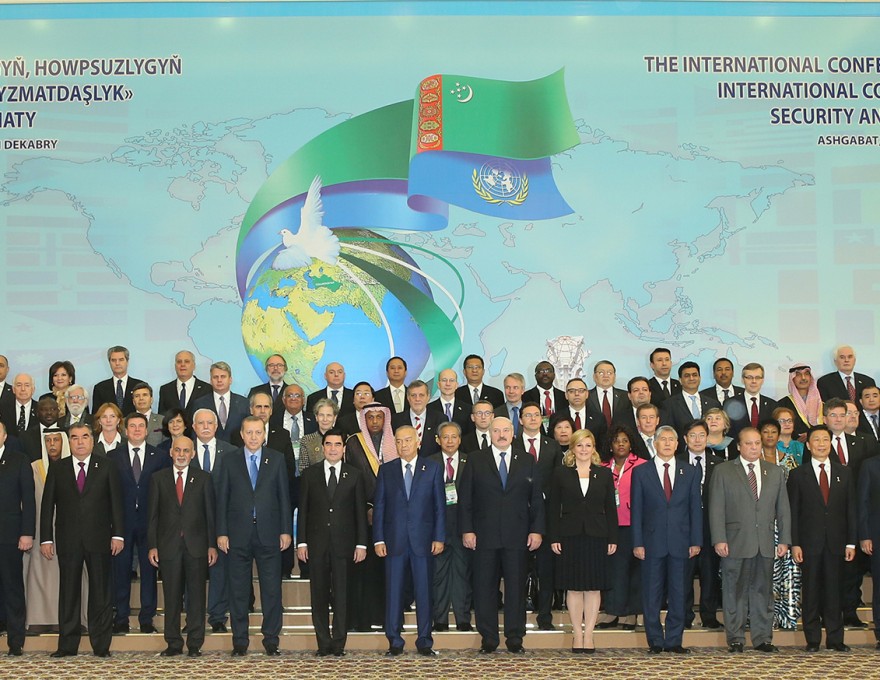 On December 12, 2015 the Turkmen capital hosted the International Conference "The Policy of Neutrality: International Cooperation for Peace, Security and Development", which brought together heads of States and governments of various countries, representatives of the world's political elite, international and regional organizations. 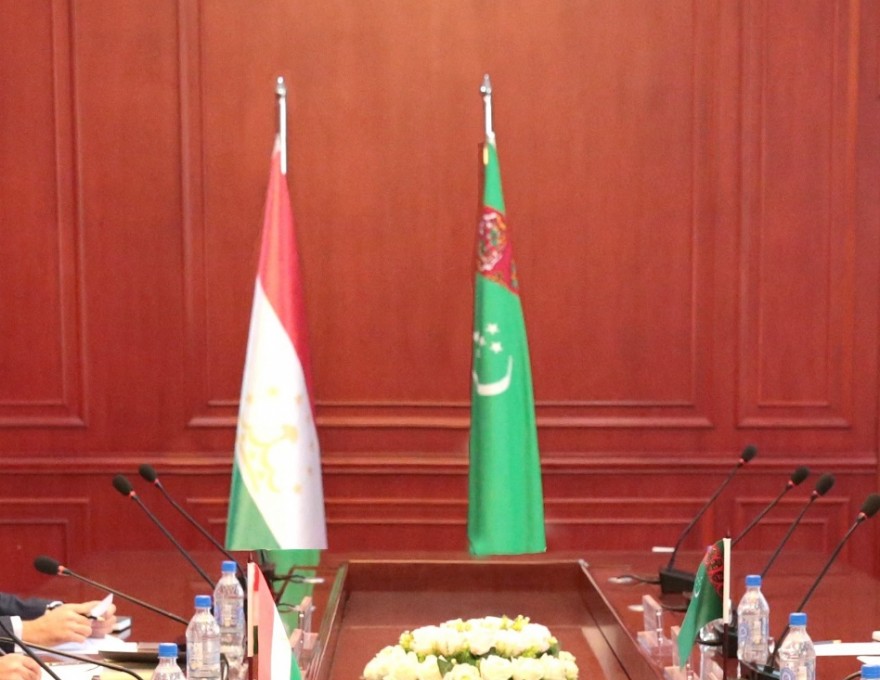 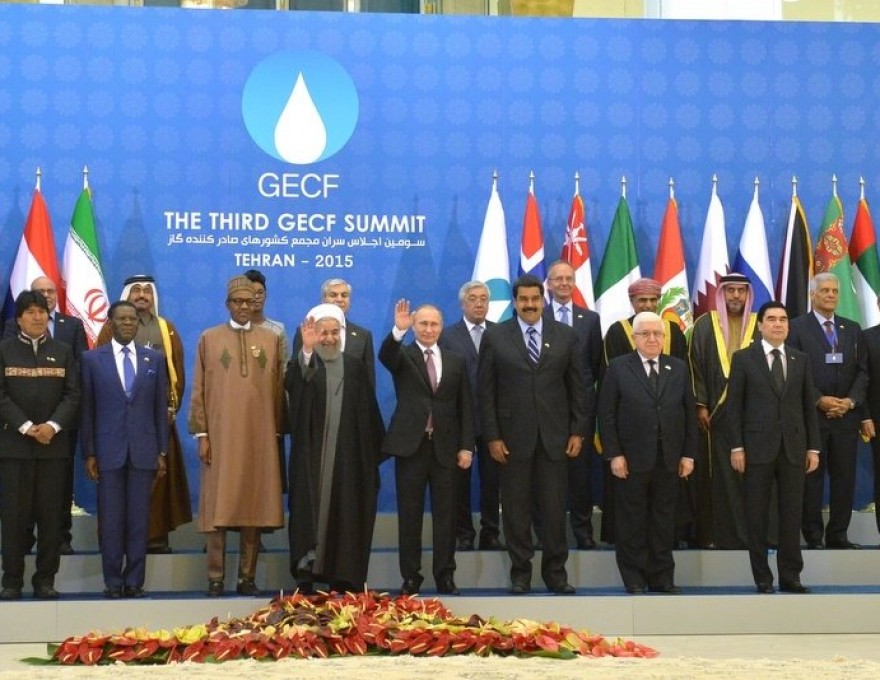 On November 23, 2015 President of Turkmenistan H.E. Mr.Gurbanguly Berdimuhamedov, within the official visit to the Islamic Republic of Iran participated to the Summit of the member states of the Gas Exporting Countries Forum (GECF). GECF – an international intergovernmental organization, created in 2008 and uniting the countries. Its members are 12 countries: Algeria, Bolivia, Egypt, Iran, Qatar, Libya, Nigeria, United Arab Emirates, Russia, Trinidad and Tobago, and Equatorial Guinea. The 6 c...

The official visit of the Prime Minister of Japan to Turkmenistan

On October 22-24, 2015, the Prime Minister of Japan Shinzo Abe visited Turkmenistan on the first official visit. Main goal of the visit was to share common principles and approaches to a number of fundamental problems in modern international politics. First and foremost, this concerns the strengthening of stability and security in Central Asia, in the Asia-Pacific region and around the world. Turkmenistan and Japan pay much attention to the problems of disarmament, speaking for the observance of...

Turkmenistan became a member state of the IAEA

On September 14, 2015 in Vienna, member States of the International Atomic Energy Agency (IAEA) adopted a resolution on approval of Turkmenistan to the member of the IAEA during the 59th session of the General conference of this Organization. The member States of the IAEA commended Turkmenistan's commitment to principles of non-proliferation of nuclear weapons in the world, including in the region of Central Asia.

On August 6, 2015 in the afternoon, President of Turkmenistan Gurbanguly Berdimuhamedov arrived to the Republic of Turkey on the working visit.