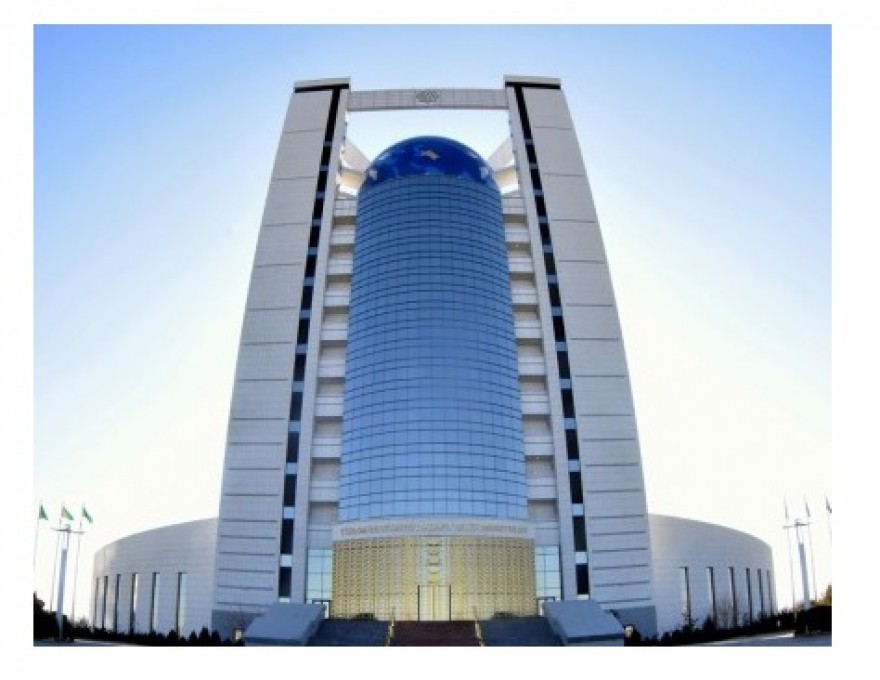 On June 23, 2020, an announcement containing distorted information on the preventive measures implemented in Turkmenistan against the coronavirus infection was placed on the official website of the Embassy of the USA in Turkmenistan.  In particular, it is asserted that the citizens with the symptoms of the disease resulting from the new type of infection are going through examination and can be sent to compulsory quarantine without the supervision of conveniences and for undefined period of time...

TURKMEN-UZBEK CONSULTATIONS ON POLITICAL AND ECONOMIC AFFAIRS WERE HELD

On June 23, 2020, the Turkmen-Uzbek consultations on political and economic issues were held online in the Ministry of Foreign Affairs of Turkmenistan. The delegations were headed by the Deputy Ministers of Foreign Affairs of Turkmenistan and the Republic of Uzbekistan V.Hajiyev and I.Nematov. During the consultations, the development of political-diplomatic dialogue between the two countries was discussed, as well as the importance of regular high-level contacts was underlined. The diplomats...

On June 22, 2020, the online talks were held between the Minister of Foreign Affairs of Turkmenistan Rashid Meredov and the Minister of Foreign Affairs and International Cooperation of the United Arab Emirates Abdullah bin Zayed Al Nahyan. The parties stated the high level of bilateral cooperation in political-diplomatic, trade-economic and cultural-humanitarian spheres. The significance of high-level contacts in the context of advancing the Turkmen-Emirates ties was highlighted. The count...

On June 19, 2020, a telephone conversation took place between President of Turkmenistan Gurbanguly Berdimuhamedov and President of the Russian Federation Vladimir Putin. Warmly welcoming each other, the leaders of the two countries expressed satisfaction with the opportunity to exchange views on priority issues of traditionally friendly interstate relations, which are in the nature of strategic partnership, and relevant aspects of regional and international issues. During the conversation,...

On June 17, 2020, a video conference was held with the Director General of Abu Dhabi Fund for Development, Mohammed Saif Al Suwaidi. On the Turkmen side, the meeting was attended by heads and representatives of the Ministry of Foreign Affairs, the Central Bank of Turkmenistan, the State Bank for Foreign Economic Affairs and the State Concern “Turkmengaz”. During the meeting, the current state and further development of bilateral cooperation in the economic, financial and oil and gas sector...

On June 16, 2020, an online consultative meeting of the National Coordinators of the Regional Economic Cooperation in Central Asia (CAREC) program of the Asian Development Bank was held. From the Turkmen side the meeting was attended by the heads of the Ministry of Finance and Economics of Turkmenistan. During the meeting, the participants were introduced to the implemented projects of the CAREC program in the field of economics, trade, energy, tourism, economic corridors, as well as the meas...